Military Disability Retirement Pay shouldn't be included in taxable income if your disability or injury was caused by combat or if you get military disability instead of VA disability for your injuries.

Veterans benefits are also excluded from Federal taxable income. The following amounts paid to veterans or their families are not taxable:

*Education, training, and subsistence allowances
*Disability compensation and pension payments for disabilities paid either to veterans or their families
*Grants for homes designed for wheelchair living
*Grants for motor vehicles for veterans who lose their sight or use of their limbs
*Veterans' insurance proceeds and dividends paid either to veterans or their beneficiaries, including the proceeds of a veteran's endowment policy paid before death
*Interest on insurance dividends left on deposit with the VA
*Benefits under a dependent-care assistance program
*The death gratuity paid to a survivor of a member of the Armed Forces who died after Sep. 10, 2001
*Payments made under the compensated work therapy program
*Any bonus payment by a state or political subdivision because of service in a combat zone

Get the Latest Financial Tips

Whether you're trying to balance your budget, build up your credit, select a good life insurance program, or are gearing up for a home purchase, Military.com has you covered. Sign up for a free membership and get the latest military benefit updates and tips delivered straight to your inbox.

"Did you file a VA claim and disagree with the decision?"

With the implementation of the VA Appeals Modernization Act on February 19, you have more choice in how you resolve a disagreement with a VA decision. You can also expect a more efficient, timely and transparent process. This new process is the result of years of collaboration between VA, Veterans and Veterans Service Organizations.

Under the new law, Veterans can choose one of three options to have a disagreement reviewed:

Option 1: Higher-Level Review Lane Select this option if there is no additional evidence to submit, but you believe there may have been an error in the initial decision. A more experienced reviewer will take a fresh look at the previous decision and may overturn it.

Option 2: Supplemental Claim Lane Choose this option if you have new and relevant evidence to support a claim. VA will also assist in gathering evidence.

Option 3: Appeal Lane You can appeal directly to the Board of Veterans’ Appeals. 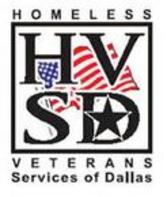 The U.S. Supreme Court chose not to hear the case of a retired Marine who was court-martialed for a sexual assault he committed three months after Honorably separating from the Marine Corps in August 2015.  By not accepting to review the case (Larrabee v. the United States), the U.S. Supreme Court upheld the status quo: that military retirees are subject to the Uniform Code of Military Justice (UCMJ).

Attorneys argued that Larrabee’s case should have been considered by the U.S. Supreme Court because it has far-reaching consequences for all Honorably discharged military retirees. The law stipulates that "retired members of a regular component of the Armed Forces who are entitled to retirement pay" and "members of the Fleet Marine Corps Reserve" are subject to court-martial jurisdiction.

The Government maintains, that military retirement is simply a change of military status and retired personnel are subject to recall should the need arise.

The Government argues that the very act of receiving retired pay means that retired military personnel are choosing to keep a relationship with the military and accept all that goes with the choice not to terminate their connection to the Armed Forces.

Bottom line for all military retirees, as long as they are receiving pay they will be bound to UCMJ law forever.

Cultura Colectiva, one of two third-party Facebook app developers that stored user data on Amazon servers, had stored 146 gigabytes of data, including “names, passwords and email addresses” of Facebook users.

Facebook shut down the database in question after being contacted for a comment on the issue by Bloomberg. However, more publicly accessible information could still be out there on the cloud. UpGuard also discovered that there are still 100,000 public Amazon-hosted databases in existence.

“The public doesn’t realize yet that these high-level systems administrators and developers, the people that are custodians of this data, they are being either risky or lazy or cutting corners,” Chris Vickery, director of cyber risk research at UpGuard, told Bloomberg. "Not enough care is being put into the security side of big data."